Duke is in an uproar about a highly detailed "fuck list" that a recent female graduate made — in PowerPoint, complete with penis-size evaluations and dirty talk transcripts. We've got that document, and spoke exclusively to the now-contrite author.
The full document begins at the bottom of the page. 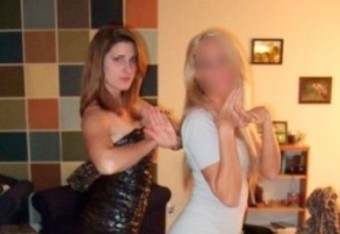 Upon graduating, the author decided to pass on the wisdom she had learned, in thesis format. The subject: "An education beyond the classroom: excelling in the realm of horizontal academics." The thirteen subjects are each preceded by a tableau of photos of the men, most of which seem to be pulled from Facebook and athletic action shots. (There are lots of athletes on the list, including many players from Duke's lacrosse team, whose behavior has come under scrutiny in the past, though they were cleared of wrongdoing.)
Each man is graded using the following criteria:

The author told us this morning that she never intended for the presentation to go beyond the three friends she sent it to in May, but that recently one friend (who has since admitted to it) forwarded it to another, and it went viral. It has since been sent to multiple listservs, including fraternity listservs.
She pointed out, as did our original tipster, that frats make lists like this all the time. Still, she said repeatedly, "I regret it with all my heart. I would never intentionally hurt the people that are mentioned on that."
She has since deleted or blocked all her social media profiles — the latter-day equivalent of going into hiding. Duke's Dean of Students called her recently, the author told us, to check in. We contacted the Dean of Students, who declined to comment.
The subjects' social prominence as students has helped make this an even bigger deal. "The people that are named in it are the kinds of people that everyone wants to be or be with," the author said. "The top dogs, or whatever."
We're not condoning putting any of these sorts of things in writing or within range of the Internet, especially when using the real names of your partners. But you know what? Here's another reminder that women can be as flip, aggressive, or acquisitive about sex as men can.
And there's nothing wrong with that, as long as all parties are consenting. (Of course, these guys didn't consent to have their performances publicly evaluated, but there you go. Again, people, do not put it in writing.)
So what does she say? Well, there were significant ups and downs in the author's experience, but she remained upbeat throughout. A low point:

And when it was good, it was really, really good.

Some of it is downright hilarious:
It was on the cab ride back that I discovered he was rude, Canadian, and spoke mostly in French. Needless to say, the warning flags were waving furiously, yet, in the interest of my research and out of a perverse curiosity, I decided to continue towards his apartments [sic].
And some of it is rather self-aware:
Not only was he incredibly attractive, but at that point in my academic career I was quite insecure, and while I never reached the point of engaging in physical activity with people I found unattractive, I still was more susceptible to compliments than I currently am.
Alcohol is usually involved ("My second hookup with Subject 7 was an entirely new experience for me: a 100% sober booty call"). With one subject, the author blacked out and doesn't remember having sex, but doesn't seem troubled, by her own account. There is some porn-watching, one incident of fucking in a library, and sexting is also a major feature:

Overall, very little regret and lots of good humor. Now that she's apologized, we suggest that she keeps on owning it and then move on, because the fickle Internet surely will. And to anyone else tempted to chronicle their sexual exploits in an easily-reproducible format just... don't do it.

The document in full: